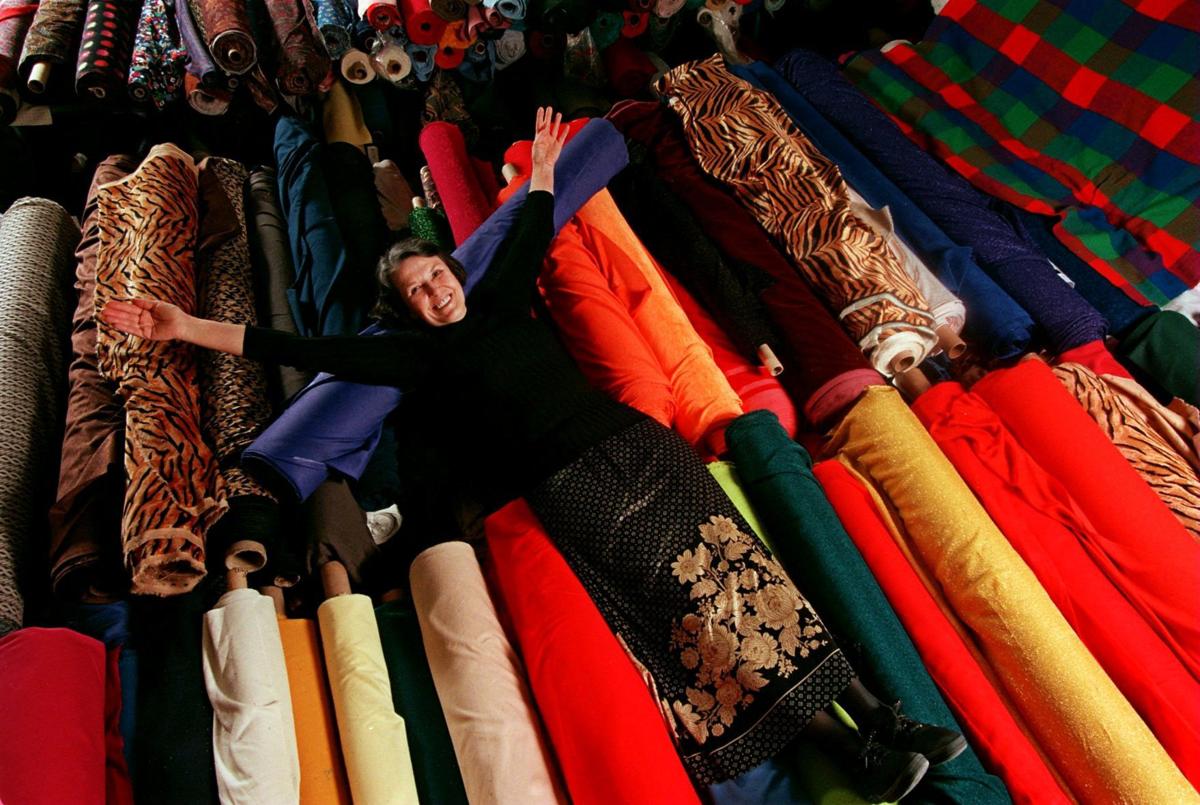 Mary Jo Cloninger, seen in this 1997 photo, sold fabric from the bolt for decades, first to her small town, then to her region as word of the store spread, and eventually to the country. 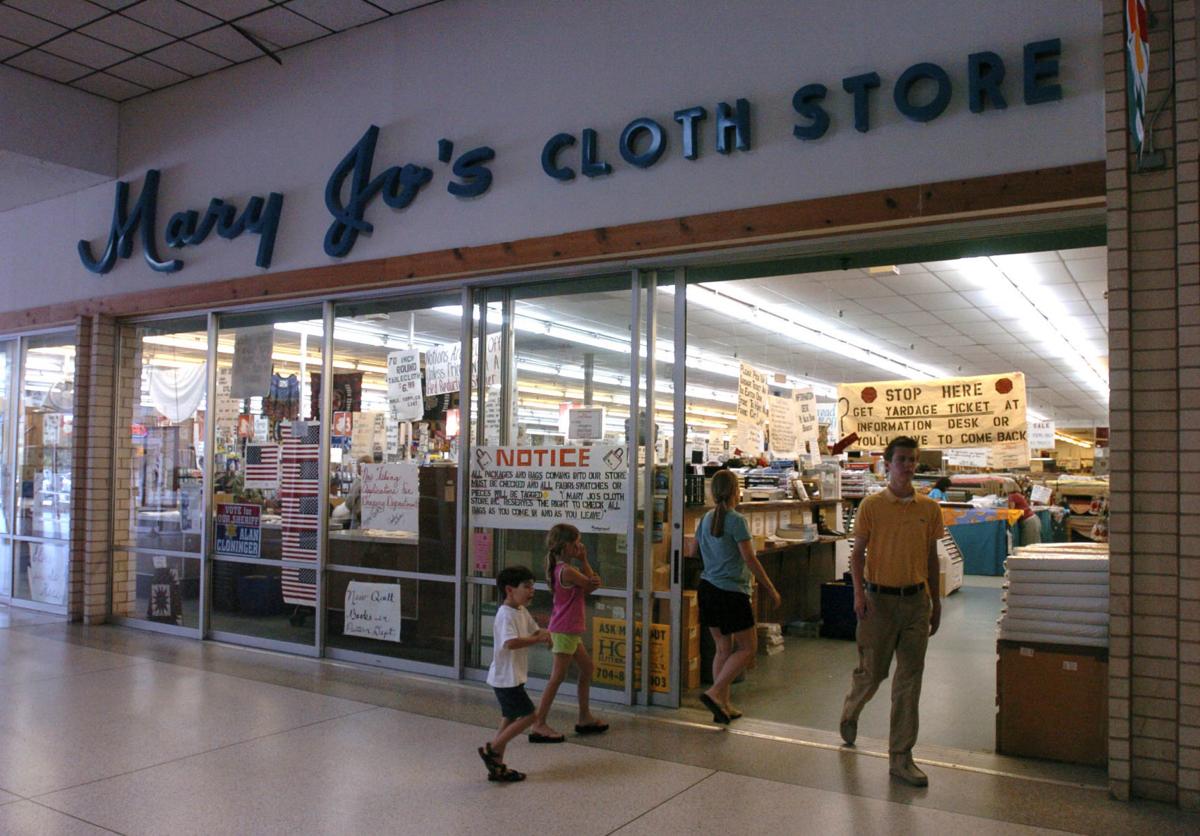 Story on future of Gaston Mall, with one major tenant planning to move and owners exploring redevelopment plans. NOTE: Looking for exterior and interior shots, both showing the building and people shopping (or not shopping) there. ALSO, we're trying to get more details from Mary Jo or Mary Jo's Cloth Store. Will let you know if she's OK with a photo. 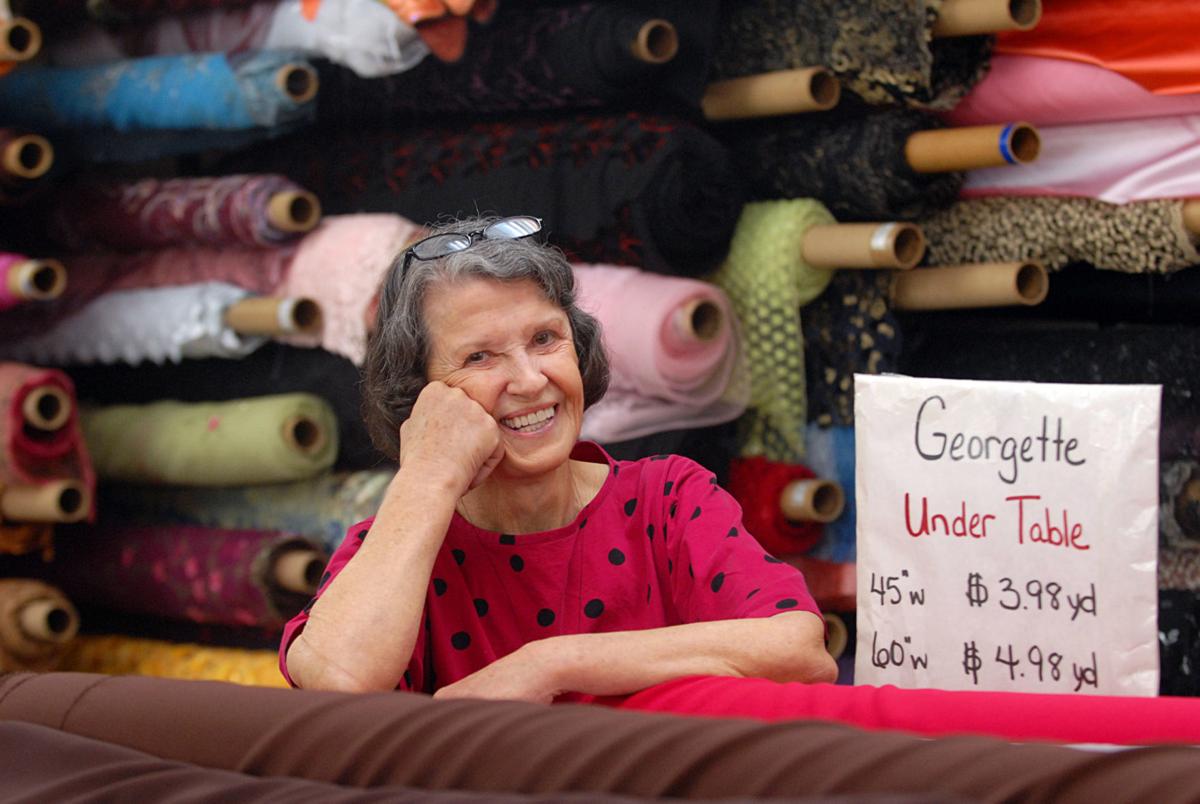 Mary Jo Cloninger, seen in this 1997 photo, sold fabric from the bolt for decades, first to her small town, then to her region as word of the store spread, and eventually to the country.

Story on future of Gaston Mall, with one major tenant planning to move and owners exploring redevelopment plans. NOTE: Looking for exterior and interior shots, both showing the building and people shopping (or not shopping) there. ALSO, we're trying to get more details from Mary Jo or Mary Jo's Cloth Store. Will let you know if she's OK with a photo.

GASTONIA — There were only a few dozen bolts of fabric left on the cavernous sales floor that has been the home of Mary Jo’s Cloth Store for more than three decades, but the most important remnants that remained were the ones you can’t see.

The memories of prom dresses and curtains that sprang from weekend trips to the shop. The costumes and bridal gowns dreamed up between the bolts over the decades.

If ever there was a store that oozed Southern hospitality, the region’s rich textile heritage and the power of a business-savvy woman, it was Mary Jo’s.

The 68-year-old store closed for good Aug. 31, and its leaders say it was a goodbye that was about two years coming. That’s because Mary Jo Cloninger, the family matriarch and powerhouse who in 1951 started the fabric business that became a Southern landmark, died on March 16, 2017.

“There was just, you know, no way to continue,” says her son, Thomas Cloninger, sitting in the shop’s entryway during the lunch hour this month as customers stopped in for a final look around. “The business had always been run with her personal stamp.

“I told her I would continue the business for awhile,” he said, “and when the time came, we’d close it down.”

You can’t tell the story of the end of the Mary Jo’s era without paying tribute to its beginning.

Mary Jo Cloninger was 19 and newly married in 1951 when she took out a $500 loan and rented out the back of her dad’s Dallas, N.C., barber shop to open a cloth store. (The bank required a man to co-sign the loan, and her dad obliged.)

As the business expanded, she needed more space, moving the shop to larger and larger buildings.She developed relationships with textile manufacturers and was able to stock fabrics customers couldn’t find anywhere else. People started coming in from all over North Carolina and states like Georgia, South Carolina and Virginia to shop for their sewing projects.

In 1981, a fire tore through her store. All of the fabric and tables were taken outside, and she sold the bolts of fabric right out of the parking lot.

Thomas Cloninger and his wife, Betty, had been running a restaurant in Kure Beach when the fire happened, and decided right then and there that they needed to move back to Gaston County to help Mary Jo. Cloninger’s sister, Paula Houser, also worked alongside her mom from youth into adulthood.

In the mid-1990s, there was an opportunity to open a second location in downtown Atlanta, Thomas Cloninger said, but his mom refused to open a store she couldn’t lay hands and eyes on each day.

“She didn’t want anything to do with it because she wouldn’t be able to see it all the time,” he said. “She wanted to be in it and be a part of it.”

‘A diamond in the rough’

It was that devotion to hands-on customer service that kept patrons coming back and her staff spending decades in their jobs. At its peak in 2000, Mary Jo’s Cloth Store employed 80 full- and part-time workers, Thomas Cloninger said. Of the eight still working at the end, most had been there 40 years or more.

This month would have been Cindy Gardner’s 40th anniversary of working at Mary Jo’s. Her mother and mother-in-law had worked there too, and what she says kept her reporting to work year after year was the attitude Mary Jo Cloninger had toward her staff: work hard, but family comes first.

When Gardner was a young mom and asked for hours that ended early enough to pick up her daughter from school, nobody gave her a hard time. It was the same when she had to miss work to care for ailing relatives, she said.

“You do what you got to do — that’s what (Mary Jo) would say,” Gardner said. “And she’d never ask you to do something she wouldn’t do herself.”

It was Mary Jo’s attention to her customers that kept them coming back, too. “She was very giving, very understanding, a very good conversationalist and she looked you in the eye,” said customer Debra Lewis. She would make the 45-minute drive from Lincolnton about every two months while her kids were growing up to buy fabric for high school color guard flags, puppets and quilts.

“She never glanced to see what was happening over your shoulder,” Lewis said. “You were her focus at the moment.”

On a recent afternoon, Jennifer Swindell and her young son, Josiah, paused at the checkout. Swindell remembered the fabric she bought at Mary Jo’s that she turned into Halloween costumes which wound up winning a costume contest.

Longtime customer Christa Hoopes, who now lives in Kosovo, was back in the area for her son’s wedding. Mary Jo’s was always a stop on a trip back to the States, and she’d leave extra room in her suitcase for fabric she’d later transform into curtains or clothing.

“It was like a diamond in the rough,” Hoopes said.

Besides Mary Jo Cloninger’s death, there were other forces that also made it hard for family members to hang on to Mary Jo’s. Today’s younger generations don’t sew as much as previous ones. Clothing costs have dropped so much over the years that buying a pattern and fabric — not to mention finding the time to sew — has made sewing one’s own clothes something few people do anymore.

And then there was the Internet. Mary Jo’s maintained an online retail business for upholstery fabric in its later years, but even with that, it was hard to compete with so many vendors in the online marketplace.

“The world has changed, whether we want to admit it or not,” said Betty Cloninger, Thomas’ wife.

The Cloninger family and their employees say it’s tough to imagine the store closing. “It’s very hard,” said Jeannie Guffey, holding back tears. Her mom was one of Mary Jo’s early employees, working there 45 years. Guffey almost made it that long; she was there 44 years. “I grew up in the store,” she said. “We played in remnant boxes and slid down fabric shoots in the old store. We loved it.”