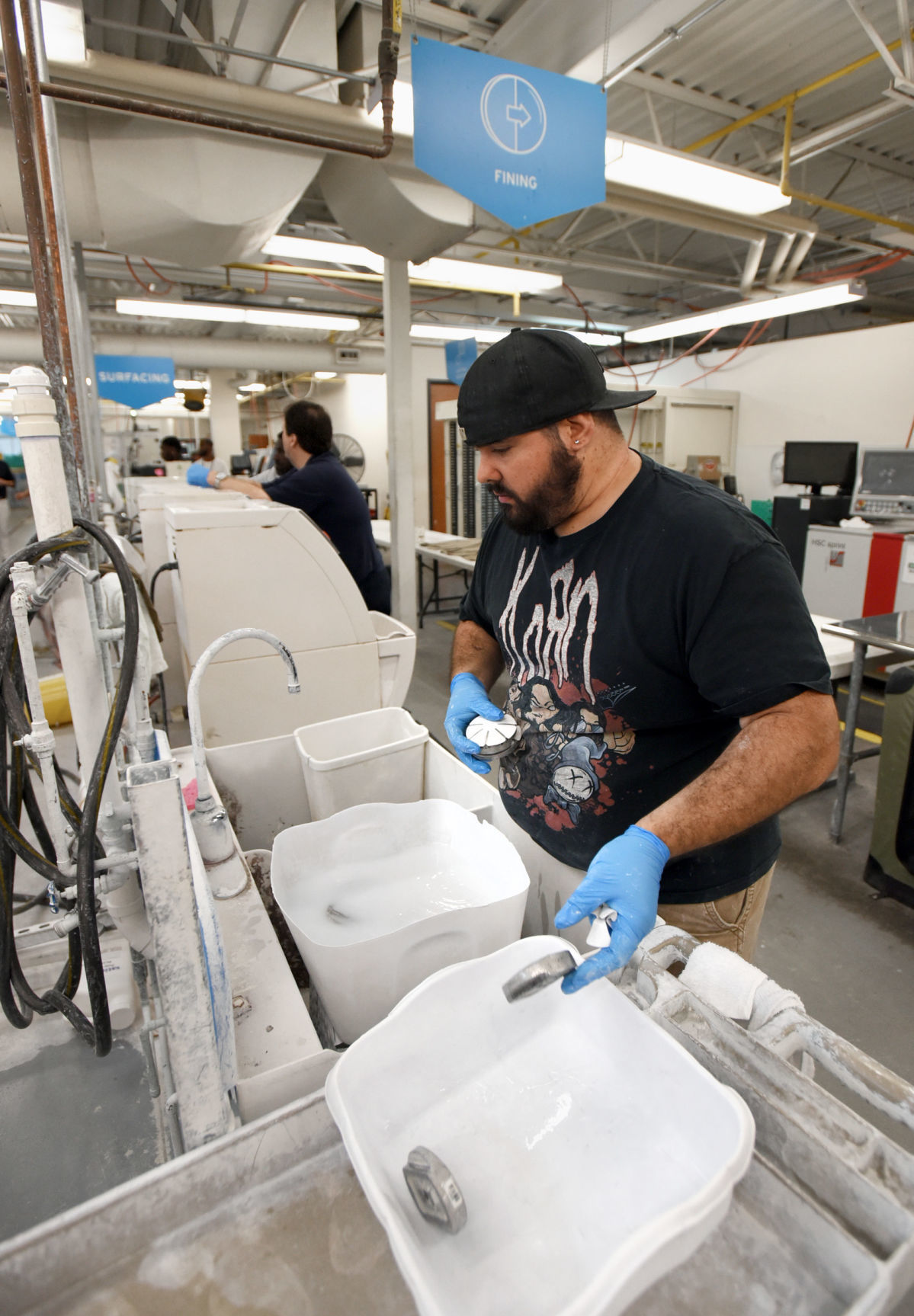 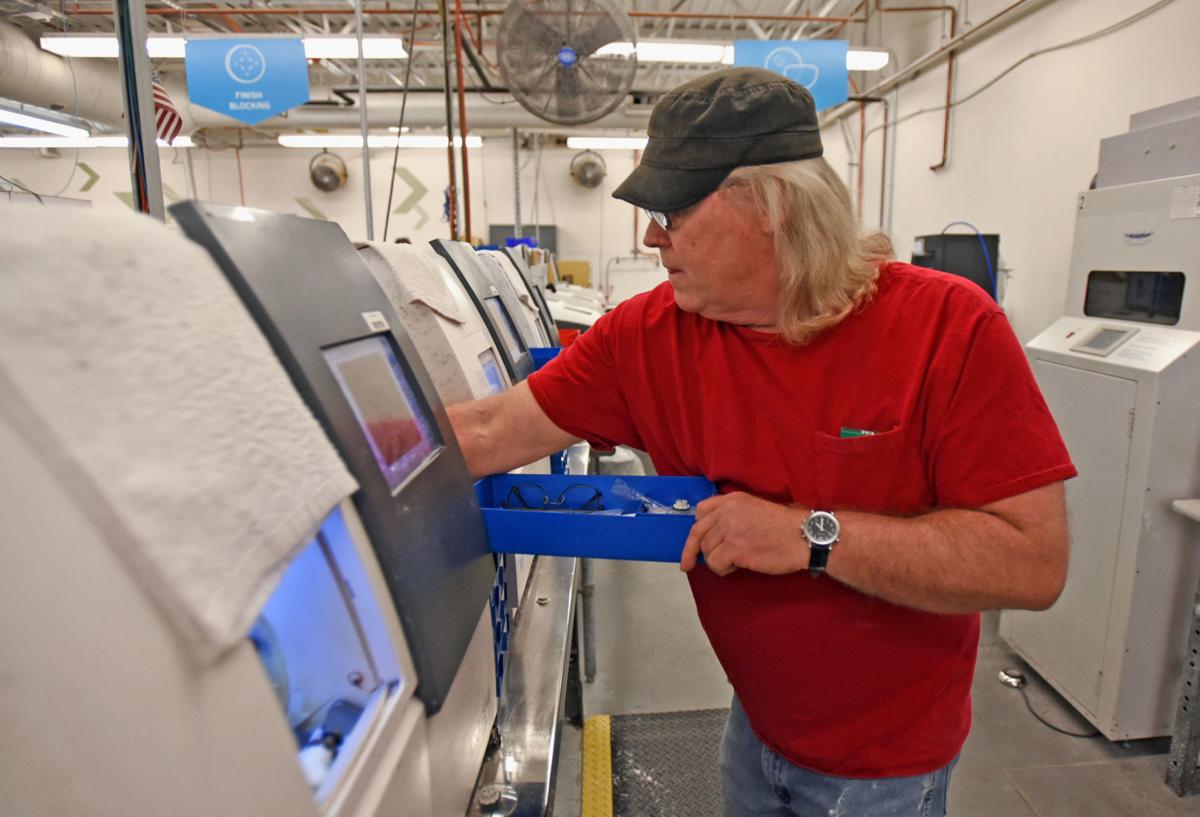 Roy Robinson retrieves a lens that has been cut for glasses in the optical department at IFB Solutions.

Roy Robinson retrieves a lens that has been cut for glasses in the optical department at IFB Solutions.

The optical laboratory at IFB Solutions Inc. has gained a second extension of a federal contract that was set to expire Thursday.

The contract, one of three that the Winston-Salem nonprofit has with the U.S. Department of Veterans Affairs, affects 47 employees.

The VA granted the extension two days after IFB filed a protest addressing the expiring contract with the U.S. Government Accountability Office. IFB expects the VA “to continue extending the contract performance until GAO reaches a decision.”

“We are relieved that 47 of our employees will not lose their jobs today as the GAO considers our protest,” David Horton, IFB’s chief executive, said in a statement.

The other contracts are scheduled to end Sept. 30 and Oct. 31, affecting a combined 90 employees. Of the 137 jobs, 76 are held by employees who are blind and 15 by veterans.

The VA said in a statement Thursday that “per the federal laws set by Congress, the VA limits competition for contracts to service-disabled, veteran-owned small businesses in certain circumstances.”

“This is one of those circumstances. This concept was recently affirmed by the Supreme Court in a ruling that Congress also supported in an amicus brief.”

The American Federation for the Blind said the U.S. unemployment rate is about 75% for the 4 million Americans who are completely or partially blind.

IFB has been providing prescription eyewear to the VA since the late 1990s. The Winston-Salem company is the largest employer of the blind in the United States with about 1,000 employees overall and 556 locally.

The optical work for the VA means $15.4 million in annual revenue for the nonprofit group, formerly known as Winston-Salem Industries for the Blind Inc. That represents nearly 20% of IFB’s total revenue.

For nearly three years, IFB has been attempting to preserve its laboratories’ status as a mandatory AbilityOne source for the VA’s eyeglass manufacturing — meaning the VA is required to contract with IFB for the work.

AbilityOne dates back to the 1930s as a mechanism for providing jobs to the blind or those who have significant disabilities, including veterans.

“The VA is about 97% of the production we have with our optical portfolio,” said Dan Kelly, IFB’s chief operating officer, who is blind.

Federal appellate judges ruled in October 2018 and April on the side of a disabled veteran-owned optical business, PDS Consultants of Sparta, N.J., that has provided visual products to the VA since 1998.

The company claimed in court, based on a Supreme Court interpretation of the federal Veterans Benefits Act of 2006, that businesses owned by disabled veterans should be prioritized for government contracts. That interpretation of the law would require the VA to choose PDS as its eyeglass maker instead of IFB.

The IFB protest focuses on its claim that the VA has not met the required Rule of Two analysis of having at least two companies owned by a disabled veteran with the ability to source a contract. If two such businesses cannot be found, the VA is required to return to AbilityOne sourcing options.

“PDS Consultants does not own any optical laboratories and is subcontracting the vast majority of the contract work to a non-veteran-owned, large business named Korrect Optical, which violates the government’s limitation on subcontracting and the Small Business Administration’s “non-manufacturer rule,” IFB said in its protest.

The law requires vendors to directly handle at least 50% of the cost of manufacturing the contracted products.

The protest claims the VA “has terminated IFB’s existing contract and promised the work to PDS without properly documenting and publishing its procurement action.”

“Even if the VA can demonstrate that it conducted such an analysis, there unequivocally is not more than one (disabled-veteran company) capable of performing the work.”

Horton said the protest and VA extension “gives us more time to work with Congress to find a permanent solution that enables the VA to maximize contracting awards for veteran-owned small businesses without eliminating or reducing AbilityOne jobs for people who are blind or severely disabled.”

The VA said that “if Congress wants to change the federal laws it has set that govern this process, it can choose to do so.”

“It is my intent to work tirelessly with the VA and other parties to find a swift, permanent and equitable solution to preserve current AbilityOne contracts and provide further contracting opportunities in the future,” Foxx said. “Our blind and significantly disabled Americans deserve nothing less.”

“The procurement process shouldn’t be a zero-sum game for beneficiaries of the AbilityOne program and the Veterans First Contracting program.”

Foxx said she was following up on a July 11 letter endorsed by 33 U.S. House and Senate members expressing support for AbilityOne. Those include Sen. Thom Tillis, R-N.C., and Rep. Mark Walker, R-N.C.

The VA said “it appreciates the lawmaker’s views and will respond to her directly.”

Tillis’ office said Thursday that Tillis also submitted a formal request that the VA not terminate the IFB contracts.

“While this is a temporary win, Senator Tillis will continue working with his colleagues on a long-term solution to address the unintended consequences of the recent court rulings,” Tillis said.

IFB said it still plans to file a petition by September to the U.S. Supreme Court to hear its appeal.

A decision could come in November on whether the Supreme Court accepts the appeal. If it does, it likely could take 18 to 24 months for a decision.