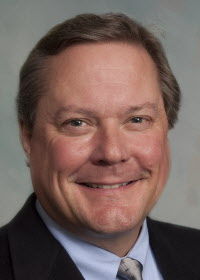 Tengion is best known for the research of Dr. Anthony Atala, its founder, who runs the Wake Forest Institute for Regenerative Medicine.

The company said in a regulatory filing filed at 5:21 p.m. that a bankruptcy trustee will be appointed by the U.S. Bankruptcy Court and will be in charge of liquidating the company’s assets – namely its research for kidney and bladder regeneration.

No Chapter 7 filing for Tengion has appeared in the online federal system. Emails sent to executives were answered with acknowledgement of the bankruptcy.

Tengion cut back drastically on expenses over the past three years, including eliminating 30 of its 52 jobs in November 2011. It was not clear how many full-time employees remained.

The promise held in Tengion’s research, which had reached the Phase I clinical trial stage for kidneys and bladders, persuaded investors to keep pouring money into the company, but at the steep cost of mortgaging its future through more than $33.4 million in debt financing.

Tengion announced Sept. 22 it was exploring all strategic options to maximize the value of its assets. It hired an investment advisory firm.

The company warned in its third-quarter earnings report Nov. 14 that it had just $5.7 million remaining in cash, and funding options appeared increasingly limited.

At that time, Tengion said it had enrolled patients in its Phase I clinical trial for a neo-kidney augment, with a goal of 15 in Sweden and 12 in the United States by the first half of 2015.

According to the filing, the final blow came Dec. 22 when the company failed to secure enough shareholder support for increasing the number of authorized shares from 10 billion to 20 billion.

The purpose of providing such a large number of shares was fourfold: to issue shares of common stock in lieu of interest payments to meet its debt obligations; to cover future exercisable warrants; to raise capital to fund the company’s business; and provide flexibility to offer stock incentives to retain management.

With the bankruptcy filing, Tengion defaulted on two promissory notes, one taken Oct. 2, 2012, and one taken June 28, 2013. The company owed $31.6 million of principal and accrued, but unpaid, interest, which became immediately due and payable with the bankruptcy.

The stock was worth 0.013 cents at the close of trading Monday. By comparison, Tengion's share price was $5 when it conducted its initial public offering in April 2010. It sold 6 million shares in the IPO.

Tengion on the brink of going out of business

Tengion Inc. said Friday it is again on the brink of going out of business, with just $5.7 m…

Tengion Inc. said in a regulatory filing Monday that it will hold a special shareholder meet…

The odds of Tengion Inc. achieving a clinical breakthrough with its research before its capi…

Tengion Inc. reported Thursday a loss of $5.7 million for the first quarter, compared with a…

Tengion Inc. said today it is significantly expanding the clinical trial efforts for one of …

Tengion Inc. said in a regulatory filing Thursday that it has issued a combined 2.7 million …

Tengion Inc. reported Wednesday a higher loss of $11.9 million for the second quarter. The l…

Tengion Inc. said in a regulatory filing Wednesday that it plans to issue additional common …

Tengion Inc. said in a regulatory filing Monday that it is delaying its third-quarter earnin…